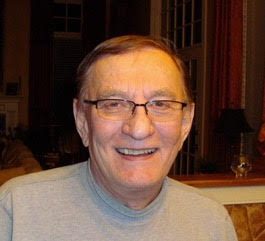 John “Jack” Carter, age 84, of Trinity, Florida, passed away on January 11, 2020. Born in Philadelphia, PA on August 5, 1935, he was a son of the late John W. and Mary (Howanitz) Carter.  John served in the US Navy from January 1955 to January 1957 as a Third-Class Boatswain Mate on the USS Aeolus. After his honorable discharge, John worked initially as a manager of all newspaper route distributions for the Philadelphia Bulletin Newspaper in Delaware County, PA. When the newspaper company went out of business, John went to tractor-trailer school and obtained his commercial driver’s license. After working for several companies, John landed a position with UPS as a “doubles” night time driver, which he loved. He was honored by UPS with the induction into their “Million Mile” club, demonstrating his impeccable driving record for their company. After 25 years of UPS service, John retired, but his driving days were not over. John drove a school bus, part-time, for Delaware County, PA, and New Castle County, DE. He especially enjoyed driving the activities bus which was used for after school athletics. John liked to joke with the kids as they came on and off the bus. Although work was his main hobby, he adored and loved his family, especially his five grandchildren, who affectionately called him PopPop.

In addition to his parents, John was preceded in death by the love of his life for 55 years, Millie (Berridge) Carter. Also preceding John were his sister, Joan (Carter) Horner and three brothers; Robert, Ronald, and Stephen Carter.

A gathering for family and friends will be held from 1 pm until 2 pm on Sunday, February 16, 2020, at Spicer-Mullikin Funeral Home, 121 Park Place, Newark, DE 19711, where a funeral service will begin at 2 pm.  Interment will be held privately.