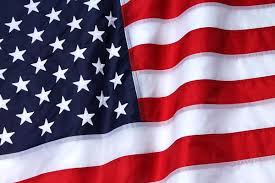 One of the last true American gentlemen has lost his long battle with cancer. Cradled in the arms of his loving wife, DL peacefully left this worldly earth on Monday October 26, 2020. DL was a veteran (Air Force), a business owner, a Master Captain, an incredible dancer, and a friend to all he met. Having lived in many parts of the country, he moved to St. Petersburg in 1999 to be near and care for his aging parents. He always said he did not need to go on vacation because he lived in paradise. He so loved walking the beach and rehydrating along the way.

He is survived by his wife, Stephanie Richardson; his twin brother, Ronald Catton (Bradenton, FL); his brother, Jerry Catton (Henry, IL); sister, Rebecca Catton-Kerner (Chillicothe, IL); and their spouses. In addition, he is survived by numerous nieces, nephews, grandnieces and grandnephews.

A celebration of life will be scheduled for a later time. In lieu of flowers please make donations in his honor to Special Operation Warriors Fund through Isla Del Sol Yacht and Country Club.